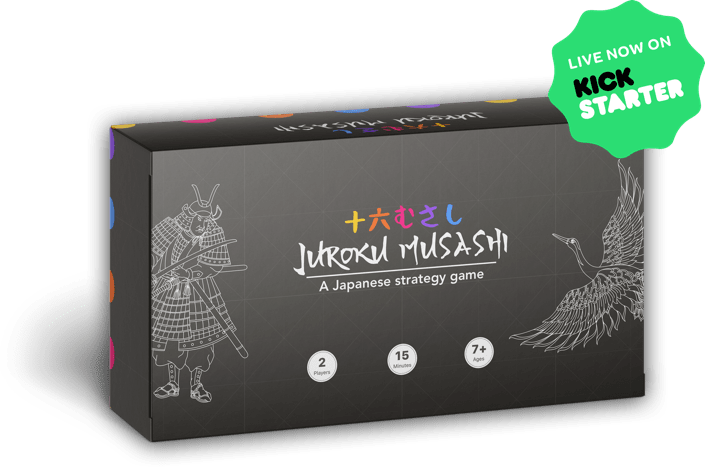 Juroku Musashi is a forgotten Japanese board game from the Edo Era (1603-1868). This fun and challenging game full of strategy and competition, has been enjoyed around the world for centuries! The rules of Juroku Musashi are simple, two players are battling to dominate the board.  Join the 16 warriors and Benkei, a famous monk-warrior from the twelfth century, in this battle, today!

how to play Juroku Musashi

Place the Benkei piece at the center of the board and the 16 Musashi at the edges. 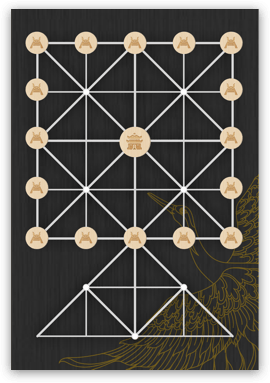 Now decide who is gonna be the Benkei and who the Musashi. Flip a coin and decide which player will be making the first move.

Each turn the Benkei and a single Musashi can move one space in any direction. You can not move to a position that is already taken by another piece. 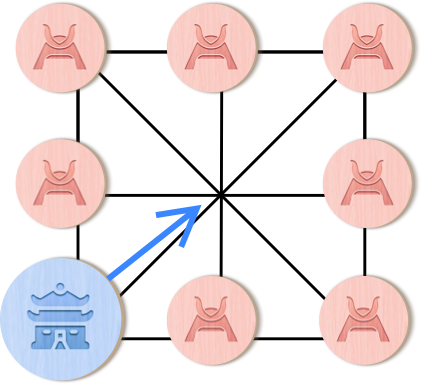 For the Musashi to win you must surround the Benkei until it has no more moves left. Be careful not to leave the Benkei inbetween two pieces or they would be captured at the begining of the Benkei’s turn. 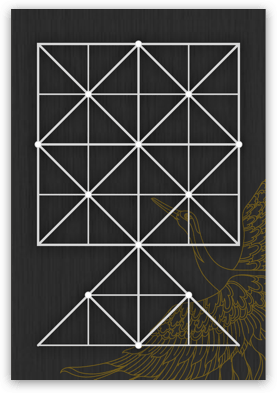 A 1.5mm thick matte finish board 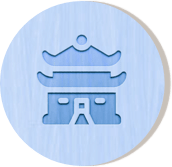 A 17mm and 4mm thick wood chip with an engraved design and glossy finish. Completely water-proof. 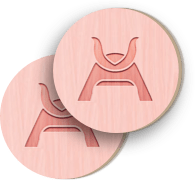 SUPPORT US NOW ON